The world, irrespective of the political ideologies of its constituent ruling dispensations, has been brought to its knees by COVID-19. But the fight against this common enemy has shown that efficient administrations—and not political principles—have had an edge. On the shortlist

of countries that have experienced remarkable success are Vietnam, Cuba, South Korea, Australia and New Zealand. The first two are Communist-ruled, the rest are not. In each, however, it’s efficiency at the top that has been vital. A culture of according primacy to healthcare matters everywhere—a key factor in this fight is the robustness of public healthcare systems. Even in China, the chief strategy was early detection, followed by free treatment and care to anyone with an infection. Indeed, it tested ten million Wuhan residents at the height of the pandemic there and put the city under total lockdown. Result: Wuhan is now infection free. Private healthcare systems have been found wanting, especially in India, and have not been at the forefront in the fight against the virus.

Also Read | Our Live-in Virus: What Does the Real Covid Map Look Like?

There was a touch of authoritarian surveillance in Vietnam’s strategy, but the difference with more ‘democratic’ nations wasn’t much.

It may be true that the socialist approach to governance brings greater focus on public healthcare and social support systems. But an inefficient socialist/communist dispensation could be worse than an efficient capitalist approach that has focused on public healthcare. In India, we have a point of analogy—partial though it is, because states do not have total policy autonomy during epidemics. That’s Kerala, which has a Communist-led government right now, and has had one for 33 of its 63 years of existence. While Kerala’s commendable success can invoke comparisons with Vietnam and Cuba, the key differentiator may not be ideology per se but the fact of having a responsive, empathetic administration. 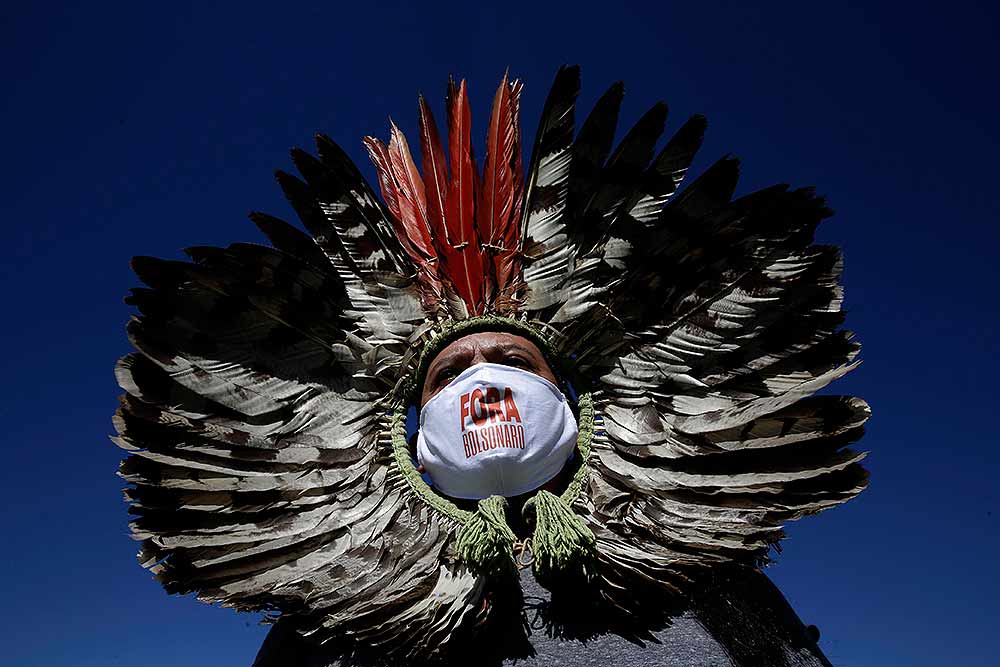 Kerala’s old object of infatuation, Russia, is flailing meanwhile—partly under what BloombergQuint called “an authoritarian regime that dislikes bad news”. A microbe has outwitted President Putin’s helmsmanship: from among the lowest caseloads in March, Russia soared to world number two (nearly 5 lakh cases), till it was replaced by Brazil. The 75th Victory Day Parade—the military showpiece commemorating Nazi Germany’s capitulation to the Soviet Union—scheduled to be held later this month might hand it the silver yet again. A dizzy, sobering case of hubris, helped along by inexperience with pandemics and an insufficiently funded/reformed health sector. The talking points now: allegations of fudged mortality rates (still among the lowest) and a new Russian drug, Avifavir, to restore public confidence. For a picture of nationalistic bravado and chest-thumping denialism, however, Alexander Lukashenko next door in Belarus needs an honourable mention. President since 1994, the ex-Sov­iet soldier has sought to dismiss corona “psychosis” by mouthing a string of gems—saying “the tractor and fields will heal everyone”, that ice hockey is “better than antiviral medication”, and asking his people to “wash their hands with vodka”. No lockdown, no border sealing, and (even if fudged) among East Europe’s highest caseloads; the situation is being called a ‘viral Chernobyl’. But let’s go away from the mavericks and loo k at four ‘good’ case-studies, country-wise, to appreciate the variety of ways in which leadership can affect an epidemic’s passage (for a continent that merits separate treatment, see la América, Going South)….

The expeditious and calmly fervent reaction of New Zealand Prime Minister Jacinda Ardern to the Christchurch shooting a year ago epitomised a leader who seemed almost a perfect fit for a crisis. The compassionate messaging of March 2019 affirmed New Zealand’s commitment to remain a liberal and free country that stood against hate-filled ideologies—it’s the same spirit she took to the COVID-19 battle. New Zealand managed to meet the goals of mandatory quarantines, countrywide lockdown and social distancing without being too draconian about it. Some blips were seen along the way—including eager mobs outside a burger store chain and a trip to the beach by the health minister! But, on June 8, New Zealand cleared its last active case, and with no new cases for over a fortnight, it’s geared to ease all restrictions. The good news prompted “a little dance” around the lounge by the PM, as she herself put it. Still, Ardern was holding off firmly against opening up a ‘travel bubble’ with even Australia, saying the latter was still grappling with cases! 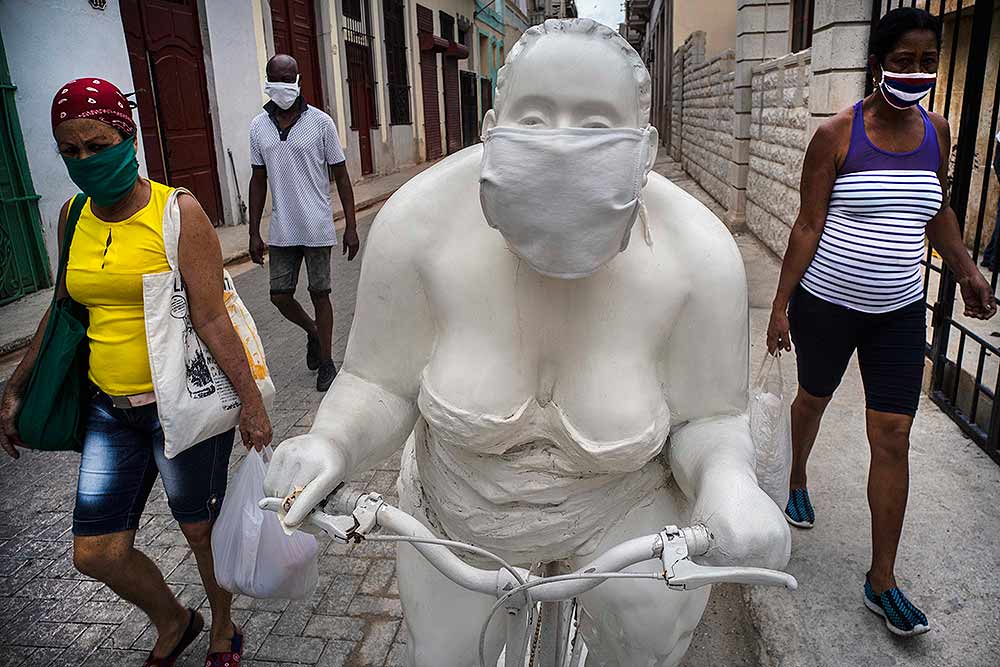 For a country nicknamed ‘El Cocodrilo’, there’s one thing Cuba is not: that’s being cold-blooded when it comes to human health. Its renowned free public healthcare system is in the limelight again, leading the fight against COVID-19 with much aplomb. Cuba has the highest ratio of physicians to population, a key factor in its low caseload of 2,173, with just 83 deaths. Besides, it called on nearly 28,000 medical students who, under supervision, offered door-to-door assistance across the country and hands-on care to those who contracted any sort of pulmonary infection. Cuba also made headlines with its ‘medical internationalism’—sending doctors and support staff to crisis-hit Italy. Also integral to reducing the number of deaths globally—from Wuhan onwards—is a Cuban antiviral drug, Interferon alfa-2b. The Canadian pharma major BetterLife is now en route to taking up this 30-year-old Cuban invention for trial and mass production—medicine sans frontiers and ideologies, if you like.

Here we have a swift response that stood out as an exemplar of the key principles of crisis management. It was evident that South Korea had begun stockpiling coronavirus testing kits long before the outbreak had occurred there.

It was able to provide close to 10,000 tests per day when the infection rate started to climb, and supplemented it with a mobile app that allowed citizens to keep themselves constantly updated. Despite the fiasco over the Shincheonji cult, Patient No. 31 and threats of recrudescence, the country is on the ball, as it were—even if 50 new cases reported on June 6 have sparked a debate on whether lockdown restrictions were eased too soon.

Vietnam and China share a land border stretching about 1,444 km. With a population of 95 million and a relatively low per capita income, Vietnam is an outlier success story. It has had only 329 cases and no reported deaths so far. The country is beginning to lift the strict lockdown measures it imposed in February, reopening restaurants and barber shops last week. It has yet to generate the global applause many other nations have received, perhaps only because Vietnam does not fit the political narrative required for a success story. There was a touch of authoritarian surveillance built into its control strategy, but the difference with more ‘democratic’ countries tackling the pandemic was not much—either in degree or in kind—and there was wide social consensus for the same.

Responsiveness begins, well, in the beginning. Look at Kerala: its efforts to address the pandemic started as early as January. As The Guardian noted, on January 20, K.K. Shailaja, the state’s health minister, read about “a dangerous new virus spreading in China” and enquired if Kerala needed to be on guard. Result: it was combat-ready “by the time the first case arrived from Wuhan on January 27”. Its signature moves: participatory contact tracing, a supportive quarantine for nearly 2 lakh people, feeding and supplying provisions to some 87.28 lakh ration card holders and 1,50,000 migrant labourers, daily public dissemination of information, and a hands-on health minister, out in the field. The approach was empathetic and grassroots-oriented, not one driven top down. In a country of India’s scale and inequities, a bottom-up approach that ensures economic and social security also proved the best pandemic shield.

“There’s no playbook for leadership when the stakes are high, no playbook for what must be done in the face of a 21st century pandemic,” leadership consultant Mark Nevins wrote in Forbes. An inclusive, cohesive society, one not polarised on ideological, racial, ethnic, or religious faultlines, cannot harm the cause though. Both finally come down to biological security—life itself. A lot of focus has now shifted to Africa, an understudied continent where COVID-19 has affected all countries by now—and Congo battles it as part of a “triple threat”, alongside a recrudescent Ebola outbreak and measles. Africa is largely caught between a picture of stark leadership deficit and a vulnerable populace. At one end, Tanzanian President John Magufuli ridicules testing kits, saying even “a goat and a pawpaw” (papaya tree) had tested positive. At the other, a French scientist said on TV, “If I can be provocative, shouldn’t we be doing this study in Africa…”, prompting outrage across La Francophonie and beyond. Among the angry decrials: the Ivorian football star Didier Drogba memorably proclaiming that Africans are “not guinea pigs”. Racism, of course, is alive and well on other continents too. To face down such an unprecedented assault on human security as COVID-19 represents, what one needs is collaborative, people-oriented leadership—and a Trumpesque spirit may not ensure that security in either a medical sense or a social one. No country in the world matches the US’s nearly 2 million cases and upwards of 1.1 lakh deaths.

(Tobby Simon is the founder and president of Synergia Foundation, a strategic think-tank based in Bangalore. Views expressed are personal)