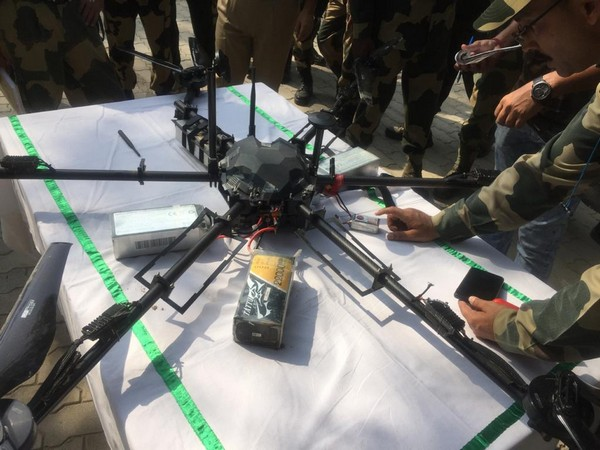 A Pakistani drone, loaded with a sophisticated rifle and some grenades, was shot down by the Border Security Force (BSF) along the International Border in Kathua district of Jammu and Kashmir on Saturday, officials said.

This is the first such incident in Jammu region when a drone carrying arms and explosives was shot down by the BSF, frustrating Pakistan’s attempt to smuggle the weapons into the Union Territory using the flying machine.

The 8×8 drone (from blade to blade) was spotted hovering in the skies by a BSF party on patrol duty at Rathua village in the vicinity of Border Out Post (BOP) Pansar around 5.10 am, the officials said.

They said the BSF personnel fired nine rounds and shot it down 250 metres inside the Indian territory.

A highly sophisticated rifle, two magazines, 60 rounds and seven grenades were the payload on the drone meant to be delivered to Pakistani agents, the officials said quoting preliminary information.

It is believed that the Pakistani rangers manning the forward posts opposite BOP Pansar were controlling the drone, they said.

Meanwhile, the officials said Pakistani rangers fired a few rounds on Babiya post in Hiranagar sector around 8.50 am. There was no retaliation by the BSF guarding the IB, they said, adding the situation is being monitored closely.