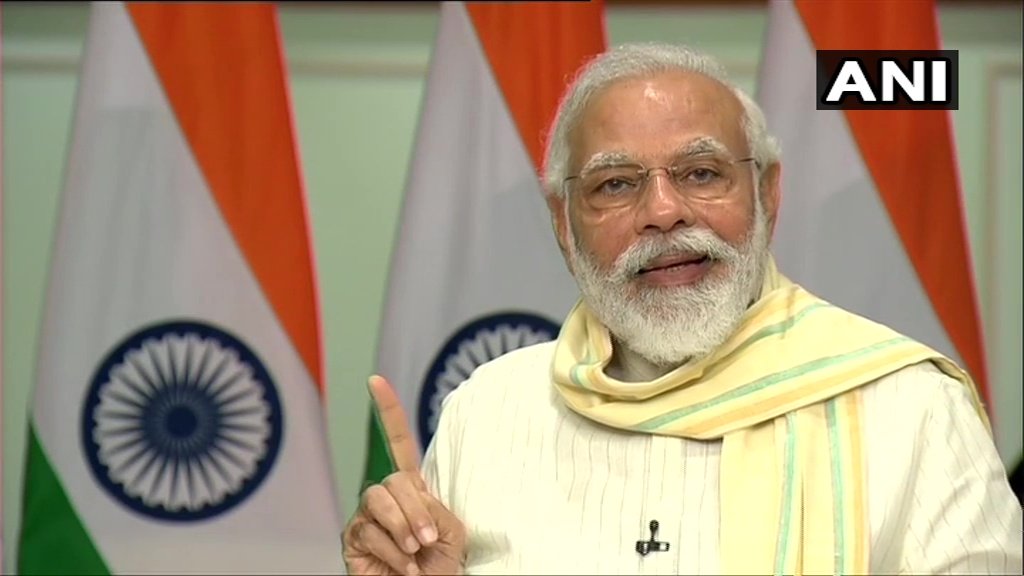 Prime Minister Narendra Modi on Saturday launched an employment scheme for migrant workers, saying that during lockdown the talent from cities returned to villages and it will now give a boost to development in rural areas.

Launching the ‘Garib Kalyan Rozgar Abhiyaan’, Modi said there are some people who might not appreciate efforts of villagers in the fight against coronavirus but he applauds them for their efforts. The way villages have fought coronavirus has taught a big lesson to the cities, he added.

The scheme worth Rs 50,000 crore is aimed at the returnee migrant workers and is a massive rural public employment scheme which seeks to provide livelihood opportunities.

Talent has returned from cities during the lockdown, those whose labour and skills were behind the rapid growth of cities will now boost development of villages with the help of this scheme, he said.

Underlining that migrant workers were always in Centre’s thoughts during the lockdown, the prime minister said it is an endeavour of his government that workers get jobs near their home and help in development of villages.

In the beginning of his speech, Modi paid homage to soldiers of Bihar regiment who lost their lives in a violent clash at LAC in eastern Ladakh.

The ‘Garib Kalyan Rozgar Abhiyaan’ was launched by Modi via video conference in Katihar village in Bihar in the presence of chief ministers of five states Bihar, Madhya Pradesh, Uttar Pradesh, Rajasthan, Jharkhand and a minister of Odisha.

The scheme will work in a mission mode in 116 districts across these six states where the maximum number of the migrant workers have returned.