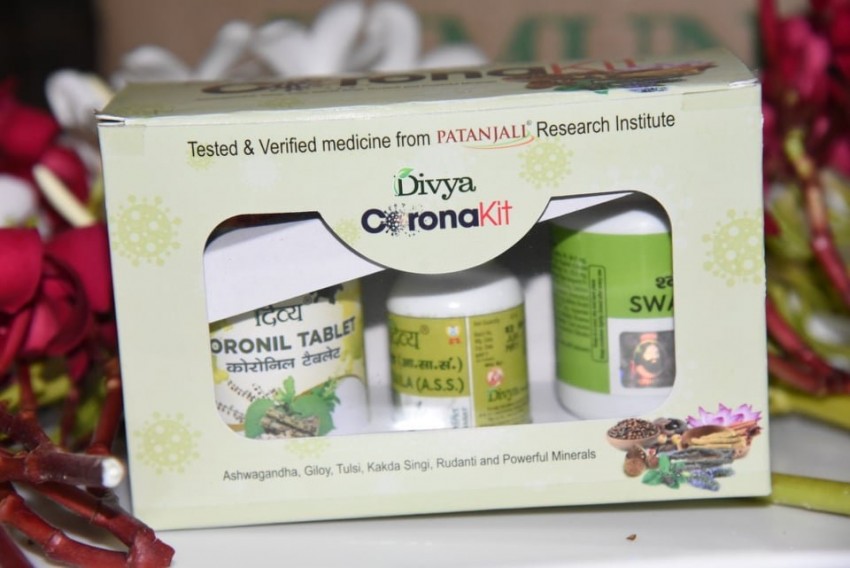 The approval application for Patanjali’s Coronil drugs, which the company touts as cure for Coronavirus, did not mention the Covid-19, Licence Officer, Uttarakhand Ayurved Department, said.

He added that the company had said in the application they were making a medicine to boost immunity and to cure cough and fever.

“As per Patanjali’s application, we issued them the license. They didn’t mention Coronavirus. We only approved the license for immunity booster, cough and fever,” ANI news agency quoted the Licence Officer as saying.

He said the department will issue Patanjali a notice asking how they got permission to make the kit that claims to treat Coronavirus.

The Union Ministry of AYUSH on Tuesday sought details of an Ayurvedic drug, touted as Covid-19 cure, hours after it was launched by Yoga guru Ramdev’s Patanjali Ayurved Ltd. The Ministry has asked the firm to stop advertising till the drug and claims about it are examined.

Patanjali Ayurved Limited on Tuesday launched ‘Coronil and Swasari’ tablets, claiming it is a cure for treating Covid-19. Patanjali claimed the Ayurvedic cure helped “100% patients recover within seven days” except those on a life support system.

“Facts of the claim and details of the stated scientific study are not known to the Ministry,” the statement released by the Union ministry said.

A government notification bars companies from advertising a cure without government approval.

Sidestepping questions on the drug being approved by government agencies such as ICMR, Ramdev said clinical controlled study of these medicines was done in several cities including Delhi, Ahmedabad and Meerut and the RCT (Randomized Clinical Trial) controlled with placebo was conducted at Jaipur-based National Institute of Medical Sciences & Research.