“When does a conspiracy theory become a conspiracy reality? Covid-19 looks like a perfectly designed Disease X.”

Like a single COVID-19 virus playing Chinese whispers—and making a million bad xerox copies of itself—the conspiracy theories took no time at all taking off after China announced its animal-to-human vector in mid-January. In a week, stories about the involvement of Bill Gates began circulating until he turned into what a Syracuse University professor called “a sort of abstract bogeyman” for conspiracists. Multi-billionaire investor George Soros, a thorn in both US president Donald Trump and Chinese premier Xi Jinping’s side, was targeted swiftly after Gates (but never—because he does not fund antiviral research—with an equal ferocity). It isn’t entirely transparent as yet how anyone would stand to gain from a deadly pandemic that’s pretty much an equal-opportunity offender for all countries, if not in the number of people culled, then in the devastation of economies. But the idea lives.

The galaxy of conspiracy theories spinning around the neocoronavirus was birthed by a complex network of rightwing doomsayers in internet watering holes for paradigm questioners such as 4chan, QAnon, QClearance, 8chan, 2 Staqe 2, Zero Hedge and InfoWars. And these are umbrellas that shelter under them a joyous jambalaya of conspiracists from ideologies that range from the Alt Right to anarchocapitalists to the radical Far Left, some of these opposites getting their feed from the very same disseminators. Far-left conspiracists quote the far-right Zero Hedge, and are often found on Reddit mixing it up with QAnonists, who insist that Trump was made president by the US military to save the country from a ring of paedophilic Satanists, which includes the eponymous Mr Gates.

Also Read | Covid Sit-Rep: The Worst Is Yet to Come, But What Will ‘The Worst’ Look Like?

In India, conspiracy theories that target China as having engineered and released the neocoronavirus are being plugged by several TV newschannels, and websites such as Great Game India. Coronacrisis spin-doctoring is not going to go away, because COVID-19 is being used to reset Sino-US and Sino-India relations, and state-sponsored conspiracy theories have become part of the arsenal. In a sense, conspiracy theories are now born and propagated in plain sight as ‘infodemics’ with explicit statal purpose, their purveyors no longer visionary, echoic cabals but auditable government departments. Fake news-busters are not built to deal with this—and, sometimes, fact-checkers are conspiracy theorists themselves. 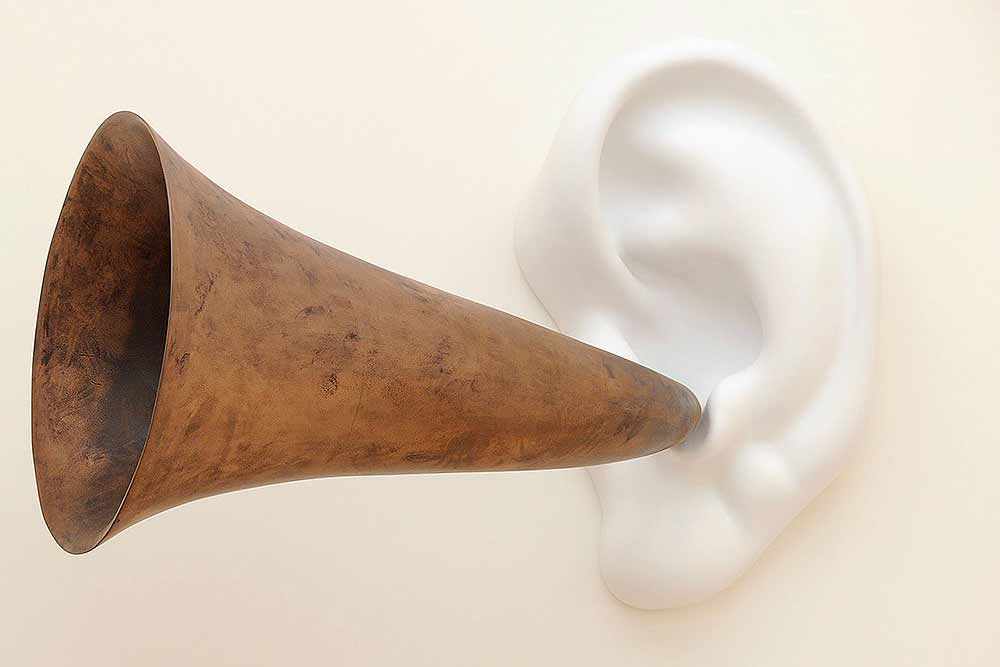 Bloomberg Quint reported that in late-February, “a little-known division of the US State Department, the Global Engagement Center, or GEC, said the Russian government had pushed the Gates rumour. On May 8, the GEC said it had identified a network of fake Twitter accounts being used to spread disinformation, this time on behalf of China.” The problem with the GEC is that it is wedded to the Trump administration, which has been trying on overdrive to pin the coronacrisis on China (and, just as a bonus, on Russia). The GEC was a tiny division of the US State Department with a pointed mandate to “direct, lead, synchronise, integrate and coordinate efforts of the Federal Government to recognise, understand, expose and counter foreign state and non-state propaganda and disinformation efforts aimed at undermining or influencing the policies, security or stability of the United States, its allies, and partner nations”. In pursuit of this mandate, the GEC has built up a history of carrying out disinformation, often photoshopping images to suit its purpose. After it fingered Russia and China for disseminating misinformation (which charge Facebook has actively disputed), it proposed to the Trump administration that its budget for 2021 be doubled to $138-million. And Trump is said to be amenable to the thought.

There exists a conspiracy theory that the term “conspiracy theory” was invented by the CIA in 1967 in a dispatch titled “Psych” (for ‘psychological operations’), sent out by a unit named “CS” (for ‘clandestine services’) The New York Times obtained this document—which is real—through the Freedom of Information Act. But an Ngram viewer accessed through Google Books shows that the term was born in 1874. Then again, a deep search of its origins led to a letter in the correspondence section of the New York Times dated January 11, 1863, that mentioned—vis-à-vis England taking the side of the South in the Civil War—the “right-about-face movement of the English Press and public, which is most readily accounted for on the conspiracy theory”. (It is particularly delicious that a conspiracy involving the press is at the heart of the first mention of a conspiracy theory.) 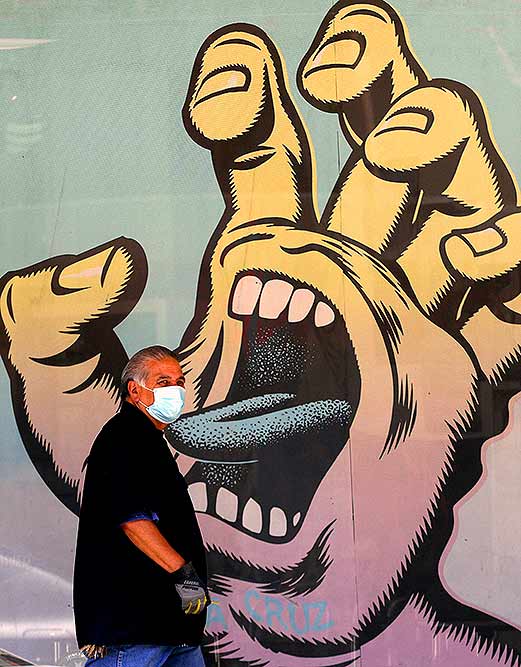 In truth, though, the seeds of a conspiracy mindset had been sowed during the Anti-Masonic Party’s 1931 convention where Freemasonry came in for a walloping. It’s another matter that the conspiratorial Freemasons carried on but the anti-conspiracy Anti-Masonic Party, which was founded by a lapsed Mason, imploded and disappeared seven years later. Wheels within wheels.

Also Read | Our Live-in Virus: What Does the Real Covid Map Look Like?

It was a fecund time for theories, in general, that would lead on to both great sociological ideas and great intellectual presumptions in the 20th century: murder theory was born in 1867, suicide theory in 1871, blackmail theory in 1874, and abduction theory in 1875. (Source: Conspiracy Theory: The Nineteenth-Century Prehistory of a Twentieth-Century Concept, from Conspiracy Theories and the People Who Believe Them; Joseph E. Uscinski; OUP; 2018). It would take nearly a century for the term ‘conspiracy theory’ to come into frequent usage. It gained quotidian popularity in the mid-1950s, taking off steeply during the anti-establishment UFO hysteria, and never quite halting its ascendance in the decades that followed. Today, the term roams unchecked worldwide, and is, indeed, championed—if as an upstart cause célèbre—as a valid expression of people’s political scepticism and even democratic impulse.

That the word ‘conspiracy’ is derived from the Latin conspirare (‘to breathe together’) is seen as a good thing. Both the Left and the Right view conspiracy theories as  essentially anti-establishmentarian: valid in principle and correct in content. But belief in the same things means that ideologies will be diluted, adulterated or altogether dispensed with.

Also Read | Plasma Therapy — Is It The Difference Between Life And Death?

Conspiracism is now defined severally as a mindset, a predisposition, a need to see conspiracies behind everything, innocuous and ostentatious, personal and public, secret and declassified. But conspiracism remains poorly defined. There are those who, like the historian Karl Popper, conflate conspiracy theory with pseudoscience and superstition about “powerful men or groups whose wickedness is responsible for all the ills we suffer from”. The opposite camp thinks of conspiracy theories as fairly reasonable responses to modern life and its unprocessability. This camp also believes that, given time and air, most conspiracy theories eventually turn into conventional wisdom.

All it takes for a conspiracy theory to establish itself as conventional wisdom is sober presentation by a conventionally respectable face. Luc Antoine Montagnier, 2008 Nobel laureate in physiology or medicine, endorsed the conspiracy theory that the COVID-19 is human-made and went public claiming that its genome has elements of both the HIV retrovirus, which he had discovered, and the malaria germ. Both claims are deeply questionable, but the theories themselves are now embedded in layperson and quasi-scientific circles. The fact that Montagnier has earlier supported anti-vaxxers and claimed that DNA emits “electromagnetic waves” has done nothing to diminish his oracular stature.

Also Read | 18 Racers On The Block, Who Will Win The Vaccine Race?

Another sort of conventional wisdom is that the coronacrisis is a ‘plandemic’ (a portmanteau of ‘plan’ and ‘epidemic’)—the belief that it was designed by a shadowy cabal of US health experts and vaccine manufacturers. The 26-minute video that hardsells this idea is a study in the craft of making documentaries: polished, low-key, with entirely believable (if unqualified) interviewer and interviewee (whom the NYT called a “discredited scientist” in a study of the social-media virality of the video).

While the Plandemic video is slick, its USP is that it is that rare thing—a product that hit a starved and chaotic market, more by accident than by intent, at just the right time. From the time that it was launched to million-views reactions in the social media on May 4, to its banning by Facebook, YouTube, Vimeo and Twitter for content-falsity, to its resurgence through a rash of smaller sites such as BitChute and Brighteon, every move to shut it down has only helped it to keep going. Plandemic employs a rhetorical  technique known as the “Gish Gallop”, after the US creationist-biochemist Duane Gish, who often successfully buried Darwinists under avalanches of rapid-fire factoids in the final two decades of the 20th century. Plandemic’s gallop cannot be halted by conventional means of countering with hard-science facts. In effect, its narrative about the COVID-19’s cabalistic roots has, like the most enduring of modern-day conspiracy theories—former BBC sports reporter David Icke’s idea of a global reptilian elite, aliens squirelled away in Area 51, that Paul McCartney is dead (and Elvis is not), that the moon landings were shot in a studio—probably come to stay at a slow but permanent boil.

(Kajal basu, a former editor of Tehelka,is a senior journalist  and writer based in Calcutta. Views expressed are personal.)