Why Does Science Come Last?

The term coronavirus entered the scientific literature with little fanfare in 1968, when a short news item appeared in the journal Nature. A letter had been received from a group of virologists, suggesting the name for a recently discovered class of viruses causing mild human respiratory infections. A couple of years earlier, a new group of viruses had been identified in the nasal secretions of persons suffering from the symptoms associated with common colds. David Tyrrell at Britain’s Common Cold Research Unit in Salisbury and Dorothy Hamre at the University of Chicago had independently managed to grow the new virus in the laboratory. The strain 229E, isolated by Hamre in 1966, yielded the now-famous image, visualised under the electron microscope by Tyrrell and June Almeida in 1967. In cross-section, the approximately circular image revealed a spiky exterior with uniform projections, a corona or halo, from which the virus derived its name. The new virus seemed to be the cause of a significant number of common colds, which until then had been thought to be almost entirely caused by a different class of viruses, the rhinoviruses.

A relatively benign, new infectious agent did not really attract a great deal of attention in the world of biomedical research. Over 35 years were to pass before the coronavirus bared its fangs. In late 2002, reports of a new and life-threatening respiratory infection emerged from Guangdong province of China. At the end of February 2003, a hospital in Hanoi requested help from the WHO to study the case of a patient with an unusual, influenza-like infection. Dr Carlo Urbani, a specialist in infectious diseases, arrived in Hanoi. He quickly realised a new and virulent infection was emerging and set in motion the appropriate public health response. Three weeks later, on March 29, 2003, Dr Urbani died in Bangkok, of the infection contracted in Hanoi. Five healthcare workers died shortly thereafter. By the time the spread of infection was halted, 774 people had died out of a total of 8,098 infected persons. (https://www.cdc.gov/sars/about/fs-sars.html).

Also Read | Plasma Therapy — Is It The Difference Between Life And Death?

A truly extraordinary scientific effort, coordinated by the WHO, was mounted by a worldwide network of laboratories, primarily across Europe and the US, to understand the coronavirus. A full genome sequence became available as early as May 2003. In a tribute to Carlo Urbani, an article in the New England Journal of Medicine, on May 15, 2003, noted, “In some ways, the SARS outbreak in Hanoi is a story of what can go right, of public health’s coming before politics”. But with that first SARS epidemic ending quickly, with it the coronavirus too faded from public view…for a handful of years. It swam back into the spotlight briefly in 2007-2008, with the outbreak of infection in the Middle East. The disease was named after the region, as the Middle East Respiratory Syndrome and the causative agent was christened the MERS-CoV virus.

But 17 years after Carlo Urbani’s death, a new coronavirus strain, SARS-CoV-2, now has much of the world locked down—a public health crisis of unprecedented magnitude. The lessons of the 2003 epidemic have been forgotten. Politics has determined public health responses. Witness the dominant role of China in determining the WHO’s initial response to the outbreak in Wuhan, and the increasingly antagonistic attitude of the US to international organisations—capped by President Donald Trump’s announcement of American withdrawal from the WHO. Ironically, in the aftermath of SARS (and with news dominated by the US invasion of Iraq), Barry Bloom of Harvard University had touched on precisely this aspect in the May 2003 issue of Science: “In a world…increasingly angry at the US, the lesson here is that it is time to support a global war on disease. The US should be investing efforts and funds to strengthen health structures in countries around the world. If we were to help train experts in epidemiology and surveillance, strengthen laboratories in key regions and link them to the best labs in this country and around the world, and support WHO, we would help to create a true global health network. This investment would protect our country and every other against global epidemics, save millions of lives, and change the US image from one of self-interest to one of human interest”.

Also Read | Covid Sit-Rep: The Worst Is Yet to Come, But What Will ‘The Worst’ Look Like? 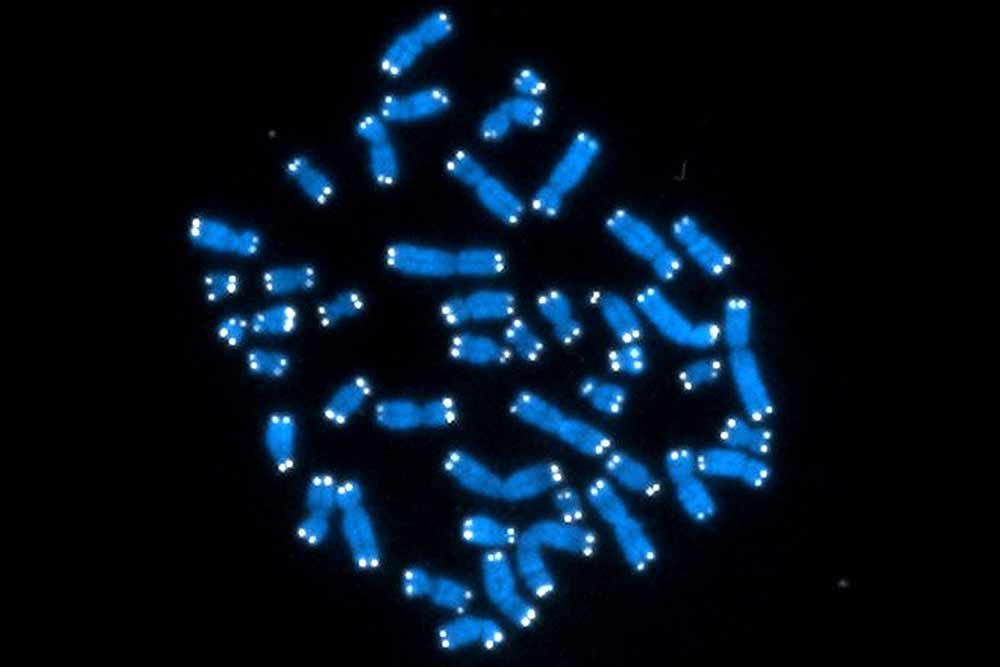 Chromosomes where our DNA resides

In 2003, WHO had emerged as the key protector of global health. Today, the novel coronavirus has exposed how international power struggles can render such organisations irrelevant. The political leadership in many countries has been found wanting too, with responses that sometimes seemed poorly thought out, leading to chaotic situations. The virus has exposed the cavalier approach to public health even in the developed world. The spectacle of ever-inflating defence budgets and declining emphasis on health and social security must concern those who determine the course of public policy. The misplaced priorities of governments have been brutally exposed. Many world leaders have displayed a unique combination of arrogance and ignorance; a combination invincible in political arguments, but woefully inadequate in confronting the forces of nature.

Also Read | What is ICMR? The History And Geography of Disease Control

The general public, caught in an unanticipated crisis, has been left learning the new vocabulary. Terms like ‘social distancing’, ‘flattening the curve’, ‘sanitising’ (a term hitherto reserved for security operations) and R0 (a mathematical descriptor of viral infectivity) now roll off the tongues of most educated people, who a few weeks ago would have had little interest in viral disease. Tongue-twisters like hydroxychloroquine find their way into the speeches of the US President, albeit with a little slurring. Our Supreme Court is now able to weigh in on the issue of middle-seat occupancy in planes—with a sudden, but touching, interest in public health.

Viruses, vaccines and drugs are suddenly centrestage, with the world waiting impatiently for science to deliver a solution. It is this very science—the acquisition of basic, fundamental knowledge absolutely essential for practical solutions—that has been neglected and downgraded in India over the past several years. The catchy phrase ‘translational research’ and related slogans like ‘bench to bedside’ have forced researchers to work in ‘fundable’ areas, determined by agencies that are under governmental pressure to make extravagant claims for the outcome of funded projects. A heavy price will be, and is being, paid for inadequate support of fundamental studies in disciplines like immunology, virology and many allied disciplines of cellular and chemical biology. The sudden flurry of calls by government agencies for proposals to do ‘Covid  research’ in ridiculously short timescales, with unrealistic goals, is patently a kneejerk reaction to the current situation.

The virus is a formidable foe. We might do well to remember Michael Corleone’s sage advice in the sequel to The Godfather: “Keep your friends close, but keep your enemies closer”. Scientists, diverted from their favourite problems to the task of attacking the coronavirus, will be confronted with a formidable body of scientific literature that needs to be assimilated. The international scientific response to both the 2003 SARS outbreak and the current SARS-CoV-2 pandemic has been staggering, with the full power of modern technologies being focused on understanding the virus. Yet a solution does not seem within our grasp. In an March 23 editorial in Science, the journal’s chief editor Holden Thorp had good advice: “When science addressed the HIV/AIDS crisis, it took years of careful virology, drug development, and epidemiology. The global scientific assault on COVID-19 is faster, and as I see the research that comes to Science and that appears on preprint servers, I am hopeful that science will deliver on this challenge, too. But I worry that engendering false hope will cause complacency that will deprive us of the time needed to find a lasting solution. And I worry about lasting damage if science overpromises. Let’s underpromise. Let’s overdeliver”.

There are no drugs or vaccines in sight, even in the US and Europe, as everyone moves to an ‘unlocked’ world. Politicians and their advisors are already preparing us for this future, by pronouncing that the coronavirus is here to stay and that the world must get ready to coexist with the latest addition to the pantheon of viruses. Nature, as always, has the last word. A constant exposure to microbial pathogens can enhance the level of human immune competence. In the words of Joshua Lederberg, one of the high priests of microbiology: “Paradoxically, improvements in sanitation and vaccination sometimes make us more vulnerable because they leave the larger human herd more innocent of microbial experience.”

(The author, a biochemist and former director of the Indian Institute of Science, is with NCBS, Bangalore.Views expressed are personal.)